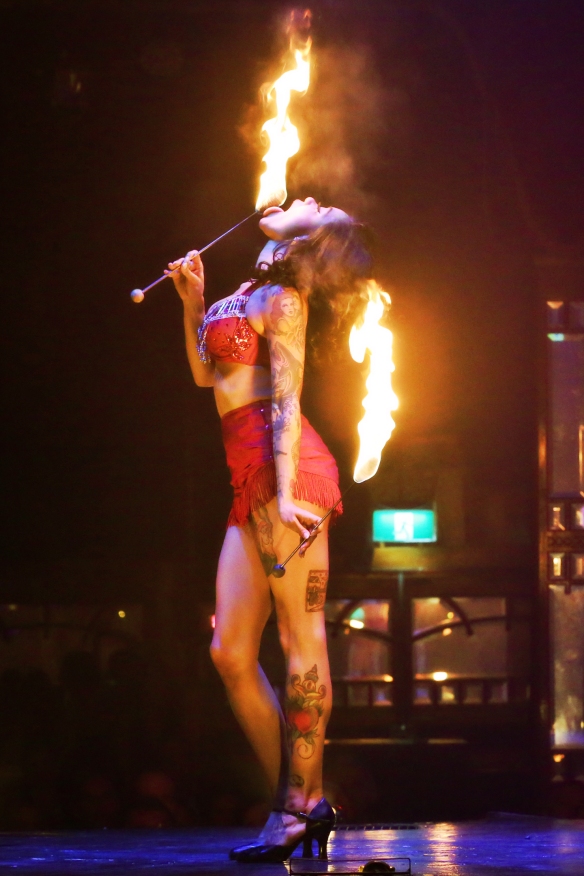 Right now, Sydney resembles a three-ring circus – in the nicest possible way – with audiences very happy to “roll up, roll up” to around a dozen shows that fall under the circus banner, all happily strutting their stuff in venues around town.

Most high profile are the sexed-up circus-cabaret-burlesque cocktails, which Sydneysiders just can’t seem to get enough of. The three biggies are Spiegelworld’s Empire, which is playing in a Spiegeltent at the Entertainment Quarter in Moore Park; La Soirée in the Studio at the Sydney Opera House; and LIMBO, the main house show in the Sydney Festival’s Spiegeltent. (The Festival is also presenting a number of smaller shows in the more intimate Circus Ronaldo Tent).

They’re all terrific in their own way but for my money LIMBO is in a class of its own.

Rather than just consisting of one different trick or act after another, LIMBO creates its own enthralling netherworld. Fierce, highly theatrical, full of joie de vivre and sexy without trying, it has a coherent aesthetic, style and sense of drama, having been created by an ensemble from the ground up.

It is produced by Strut & Fret (the Australian company behind last year’s Sydney Festival show Cantina) in association with Edinburgh’s Underbelly Productions and London’s Southbank Centre.

It’s all tightly choreographed to an eclectic score played live by a funky band led by New Yorker Sxip Shirey, with knowing winks and smiles from the physical performers. 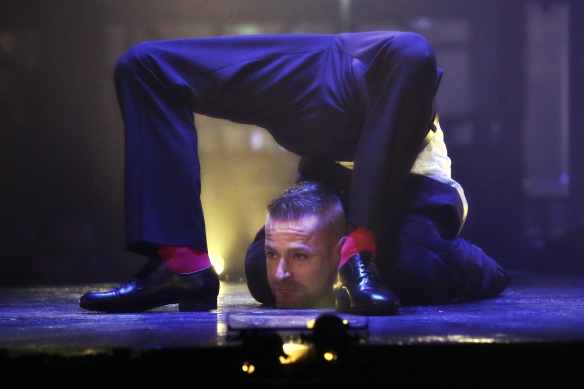 Acts include astonishing contortion by the suited Phillip Tigris, delicate Chinese pole by Mikael Bres complete with a floating feather, unbelievable balances by Danik Abishev, who hops on one hand along a series of poles, eye-popping sword-swallowing and fire eating by Heather Holliday, and aerial hoop by Evelyne Allard.

Dancer/choreographer Hilton Denis (So You Think You Can Dance Australia) taps up a storm and is one of a trio with Bres and Abishev in a surprisingly beautiful sway pole act over the audience’s heads that elicits gasps as they narrowly miss each other, while collecting glasses and programs from the audience as they swoop past.

Dramatically lit by Philip Gladwell with sexy Weimar-esque costumes by Zoe Rouse, LIMBO is an entrancing, exhilarating, rollercoaster ride. I laughed, I marveled, I sat opened mouthed and I thrilled to the theatricality of it all. Highly recommended.

LIMBO plays in the Spiegeltent in the Festival Village, Hyde Park until January 26. Bookings: http://www.sydneyfestival.org.au or 1300 856 876