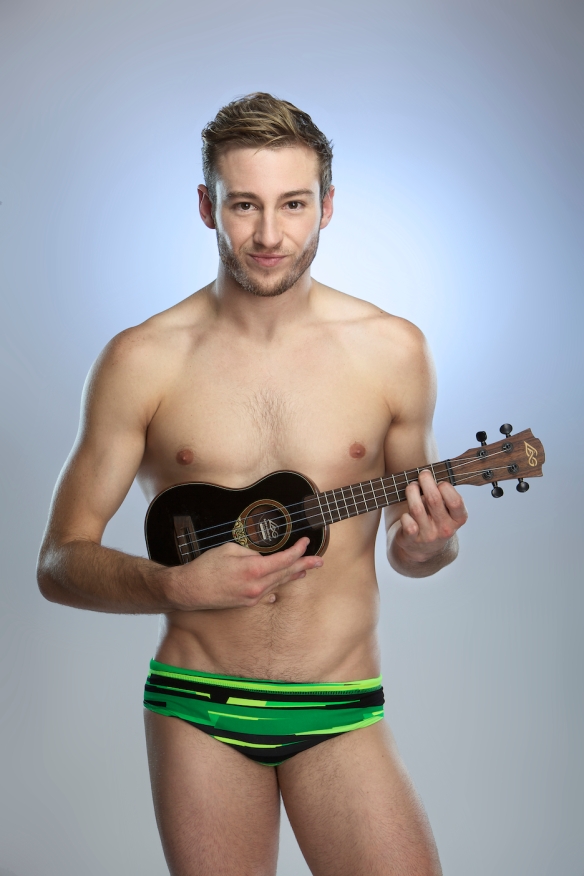 Matthew Mitcham is still in his 20s (about to turn 27 in early March) yet already he has packed an inordinate amount into his short life – from the highs of winning Gold with the highest single-dive score in Olympic history to the lows of depression and drug addiction.

It’s all great grist for the mill in his debut cabaret show Twists & Turns in which he tells his story with disarming honesty.

He begins the show with his ukulele, singing Pink Martini’s Sympathique, one of his mother’s favourite songs. From there he takes us on a journey through his rollercoaster life: a decidedly unorthodox upbringing with an alcoholic single mother, his achievements as a junior world champion on the trampoline leading to diving, his famous Gold Medal win at the 2008 Beijing Olympics, his struggle with self-esteem, his descent into depression and drug addiction, and his emergence into the light after realising that he needed help. (He is now training to compete in Rio).

Mitcham came out before he competed at Beijing and has become a gay icon and a role model for many young men. Performing in Sydney as part of the 2015 Mardi Gras festival, the opening night audience took him to their heart from the start and were clearly touched and entertained by his story. It’s fair to say they welcomed seeing him in his bathers too.

Twists & Turns premiered at the 2014 Perth Fringe World festival and has toured widely around Australia.

Spanky also sings backing vocals along with musical director Jeremy Brennan who did the impressive musical arrangements and provides dynamic accompaniment on piano.

The show features an eclectic selection of well-chosen songs among them Alanis Morrisette’s Perfect, the Spice Girls’ Too Much, New Order’s True Faith and Rufus Wainwright’s Go or Go Ahead.

Mitcham isn’t a natural born showman, telling his stories with a straightforward nonchalance and the kind of even-handed calmness he has doubtless had to develop as a diver. But he has genuine charm, winning you over with his endearing honesty and cheeky, throwaway sense of humour.

Having Spanky there adds a colourful dimension to the show and a trampoline routine gives us a taste of the physical poetry he brings to diving.

As for his singing, Mitcham’s voice has a warm, pleasant tone and he interprets the songs with tangible emotion. In a musical highlight, he sings a haunting version of Nick Cave’s Little Water Song, which is beautifully lit and very touching.

There are a few clunky movements in the show. The opening section with voiceovers by his mother feels a bit awkward as does a bit of audience participation but overall Twists & Turns is an impressive cabaret debut and an inspiring, entertaining show. Well worth a look.

Twists & Turns runs at the Seymour Centre until February 28