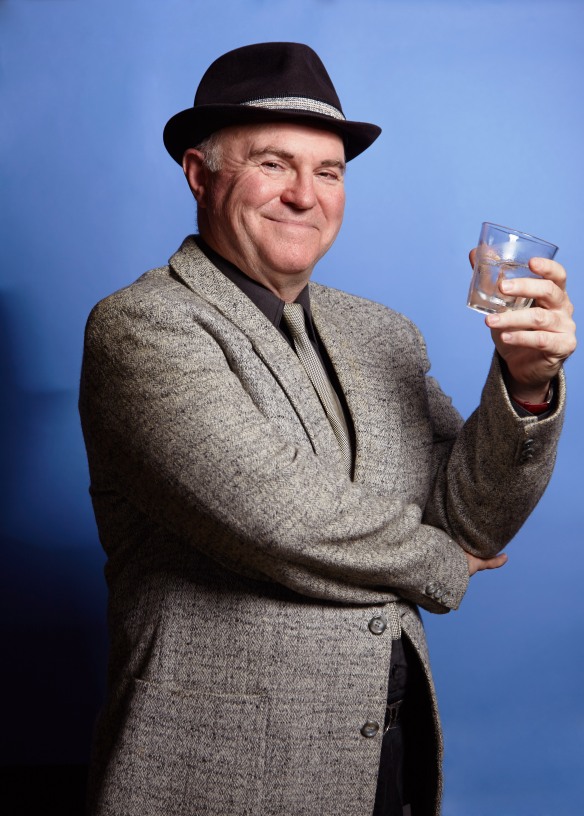 Phil Scott is in fine form in his new cabaret show Reviewing the Situation about celebrated British composer Lionel Bart, best known for his musical Oliver!

It’s a fairly straightforward bio-cabaret but extremely well written by Scott and Terence O’Connell (who also directs) and engagingly performed.

Bart’s story is an entertaining and, at times, sad one: a rags-to-riches-and-back-again tale as Bart (born Lionel Begleiter) rises from humble beginnings in the East End to fame and fortune.

Living in a 27-room “fun palace” in Chelsea, he rubs shoulders with the likes of Noel Coward, Judy Garland, the Rolling Stones, the Beatles and Rudolph Nureyev among others. But he squanders his fortune through poor decision-making and profligate spending, while drink and drugs take a toll on his health and career.

In Reviewing the Situation, we find him living alone in a small flat about a laundrette in Acton, a bottle of gin at the ready as he looks back over his career and what brought him so low.

Taking on Bart’s cockney accent, Scott creates an endearing character with a ready wit, who sees how and where it all went wrong but accepts the situation without bitterness. The story of a lover who fleeced him but got off scot-free because Bart was still in the closet so didn’t dare report the incident is particularly poignant.

Not surprisingly, Scott sings quite a few songs from Oliver! but also includes numbers from Bart’s other shows Fings Ain’t Wot They Used T’Be and Blitz!. He also performs songs such as Living Doll, which he wrote for Cliff Richard’s first film Serious Charge, From Russia With Love composed for the James Bond film, and Little White Bull, which he wrote for Tommy Steele’s film Tommy the Torreador (I had no idea).

His personal story is cleverly woven through the songs – the way he uses As Long As He Needs Me while talking about his relationships works extremely well, for example.

Scott’s wizardry on the piano is a genuine delight as his fingers fly effortlessly across the keys bringing Bart’s simple melodies to jaunty life.

All in all, a thoroughly entertaining show.

Reviewing the Situation plays as part of the Hayes Theatre Co Cabaret Season until June 6, at the Adelaide Cabaret Festival from June 18 – 20, and then at the Melbourne Cabaret Festival, June 24 & 25.