Sutton Foster discusses coming to Sydney for the Stephen Schwartz concert Defying Gravity, the scars she drew on for her Tony Award-nominated performance in Violet, musicals Hamilton and Fun Home, dream roles and playing younger in Younger 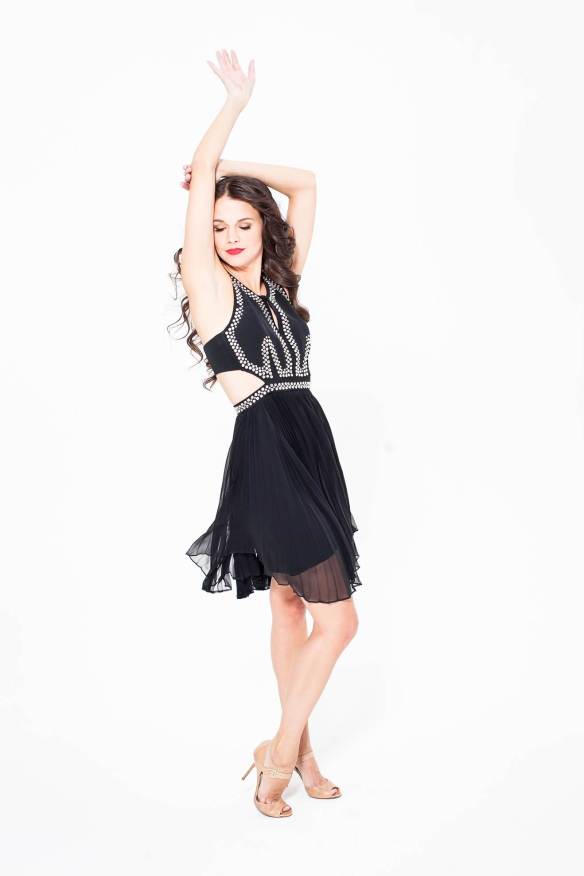 When producer Enda Markey approached Broadway star Sutton Foster about performing in Sydney, his timing couldn’t have been better. Foster had just agreed to teach musical theatre masterclasses at a summer school in New Zealand.

“So basically the reason I’m going (to Sydney) is because I was already going to be here,” she says on the phone from Christchurch. “I’ve never been to Australia and I’m so super-excited.”

The two-time Tony Award winner (for her performances as Millie Dilmount in Thoroughly Modern Millie in 2002 and Reno Sweeney in Anything Goes in 2011) will headline a concert called Defying Gravity, featuring the songs of composer/lyricist Stephen Schwartz whose credits include the musicals Wicked, Godspell and Pippin among others, as well as lyrics for the Disney films Pocahontas, The Hunchback of Notre Dame and Enchanted.

Schwartz meanwhile is a good friend but Foster has never been in one of his shows, though she has performed songs of his including Defying Gravity in concert. “I’ve worked on some of his material but some of the songs that I’m going to be singing are songs I’ve never sung before so it’s brand new material (for me) so I’m super-excited. I’ve been working on the material while I’ve been here in Christchurch. I’ve been looking back into his catalogue and it’s really exciting,” she says.

Schwartz will attend the three concerts at Sydney’s Theatre Royal this Friday and Saturday and also do an onstage “in conversation” interview with Leigh Sales at midday on Saturday.

“That adds another level of pressure,” says Foster with a laugh, “but it will be fun to have him there. I think it’s going to be a great evening.”

Performing in concert is “a different sort of expression” to performing in a musical, says Foster.

“I don’t have to paint myself green! And you are allowed to take songs a little out of context and personalise things a little bit, which I enjoy. As an audience member, you hope to see a little bit of the character but you also get to learn a little bit about me as well, hopefully. I can bring a little bit more of myself to the songs. I try to do that anyway but in a concert setting I like to take things a little bit out of the expected from what you might see on stage.”

Foster was born in Statesboro, Georgia and raised in Troy, Michigan. She began dance classes at age four and at ten was “dragged” (as she has put it in previous interviews) by her mother to audition for a local production of Annie, landing the title role.

She made her Broadway debut as an understudy for Sandy in Grease in 1996. Her big break came in one of those fabulous showbiz twists of fate. Offered a role in Les Misérables on Broadway (she had been understudying Eponine) or an ensemble track in a new musical adapted from the 1967 movie Thoroughly Modern Millie, she chose the latter in which she would also understudy the title role of Millie Dilmount.

When the show was struggling during its try-out season at La Jolla Playhouse in San Diego, Foster was plucked from the ensemble to replace the leading lady. She subsequently played the role on Broadway, won a Tony Award and a star was born.

Foster has now performed in 11 Broadway shows, won two Tonys and also received Tony nominations for her performances as Jo March in Little Women, Broadway starlet Janet van de Graaf in The Drowsy Chaperone, Princess Fiona in Shrek The Musical and, most recently in 2014, the title role in Violet.

The New York Times described her portrayal of Violet as “a career-defining performance”.

Known for her bright, silvery voice, her sunny smile, her goofy comic skills and red-hot tap dancing, Violet showed a different side of Foster.

Written by composer Jeanine Tesori (Fun Home, Shrek The Musical, Thoroughly Modern Millie) and writer Brian Crawley, Violet is based on a short story by Doris Bett called The Ugliest Pilgrim about a young woman who takes a Greyhound bus from North Carolina to Oklahoma, hoping that a televangelist can heal a disfiguring scar on her face, gained 12 years earlier when the blade flew from her father’s axe.

“It was definitely the most emotional thing I’ve ever done and the most vulnerable and exposed character I’ve ever played,” says Foster.

“It’s fascinating to see friends and colleagues and audience members who would come backstage who were so moved by it. Everyone can relate to her story. We all have scars: some you can see, some you can’t. I related to her. I don’t have physical scars but I definitely have scars from my upbringing and (the show is about) how we overcome them and how we learn to love ourselves scars and all. The show for me became incredibly healing. I was able to overcome personal things – that’s when theatre and the arts is at its best when it can change you. I felt changed by playing that character.”

While not wanting to go into too much detail, Foster says: “I had a rough relationship with my mom. It was hard and it was something I had to face as an adult and something that I needed to come to terms with and forgive her. It’s all complicated. In a weird way with Violet, her father hits her with an axe and it’s pretty cut and dry – he doesn’t do it on purpose, it was an accident.

“My mom only knew what she knew. She did the best she could raising my brother (performer Hunter Foster) and I, and we all had to come to terms with it and allowing it to be OK. I always joke it’s a bottle of bourbon and a whole day to go into all the details of it but all that stuff was very useful (in playing the role).”

(In 2014, Foster told The Los Angeles Times: “For a long time, my career and what I wanted to be as an actor was fueled by her – to please her and make her proud of me.”)

Foster may just be being polite but she sounds genuinely thrilled to hear that Sydney audiences recently had the chance to see a small-scale production of Violet because performer Samantha Dodemaide was so blown away by the show and Foster’s performance in it when she saw it on Broadway that she returned to Australia wanting to play the role.

The production, by Blue Saint Productions in association with the Hayes Theatre Co, played at the Hayes in December and won Best Independent Production of a Musical at the 2015 Sydney Theatre Awards. It now has a season at Melbourne’s Chapel Off Chapel (March 3 – 20).

Asked about the buzz that Hamilton – Lin Manuel Miranda’s hip-hop musical about Founding American Father Alexander Hamilton featuring a racially diverse cast – is generating on Broadway, Foster says: “It’s worthy of all the buzz. I’ve seen it twice. I saw it off-Broadway before it opened and then I saw it right before it opened on Broadway and it’s exciting. It’s one of the most exciting things I’ve seen for a long time.

“I will say personally that two of the most exciting pieces of music that I’ve experienced are running simultaneously, which are Fun Home – which won the Tony Award last year – and Hamilton. I think they are both groundbreakers.”

(Fun Home is a musical adaptation by Lisa Kron and Jeanine Tesori of Alison Bechdel’s memoir about a young lesbian woman discovering her sexuality, and about her relationship with her gay father).

“There’s a song in Hamilton about how lucky we are to be alive right now and I feel that way about how lucky I am to be alive right now when so many exciting things are happening in musical theatre: exciting voices and risks, which are groundbreaking (in terms of) race and sexuality, really making statements that I think are so important. It’s really awesome,” says Foster.

As for dream roles, she says: “I’m a huge fan of new work so I would say that hopefully the dream role hasn’t even been written yet. But there are certain iconic roles. Some day I’d love to play Mama Rose in Gypsy. It doesn’t matter where it is, it doesn’t have to be on Broadway, it could be anywhere, it’s just a role I’d love to do. Also, Charity in Sweet Charity or the Baker’s Wife in Into the Woods. Those are probably my top three, I guess.”

In recent years, Foster has made a move into television appearing in Bunheads and now the US series Younger, in which she plays a 40-year old single mother, desperate for work, who pretends to be 26 in order to land a job with a publisher. She begins shooting series three in June.

“It’s a really nice change of pace,” she says of working in television. “I’ve been amazingly lucky – I say that as I knock on wood – to have worked in the theatre for 23 years, which is awesome. It’s all I ever wanted to do. So to learn something new and explore a whole new way of communicating and telling stories, and learning how to be on a television set as an older person – I’ll be 41 in March – is exciting. To be in the midst of my life and trying new things is exciting.”

Foster herself is married to screenwriter Ted Griffin (Ocean’s Eleven) having previously been married to Christian Borle (Smash, Something Rotten!).

Asked how she feels about aging, she says she hadn’t really thought about it until doing press for Younger when everyone asked her about it.

“I completely understand because the show is about ageism and navigating that in the work place. Being a performer I haven’t experienced that yet. Maybe that will happen but I feel more content and happier now than I’ve ever been. I’ve no desire to go backwards. I’m very much looking forward to what’s ahead.”

So no botox or plastic surgery? “Never say never but I guess I feel right now I want to age gracefully and naturally. I’m a pretty natural gal so I can’t imagine (it). I don’t like the idea of anything fake. I try to live a pretty authentic life and I think that goes for my face as well. So for now, I’m embracing the wrinkles and everything else that’s happening and hopefully I can remain youthful from within.”