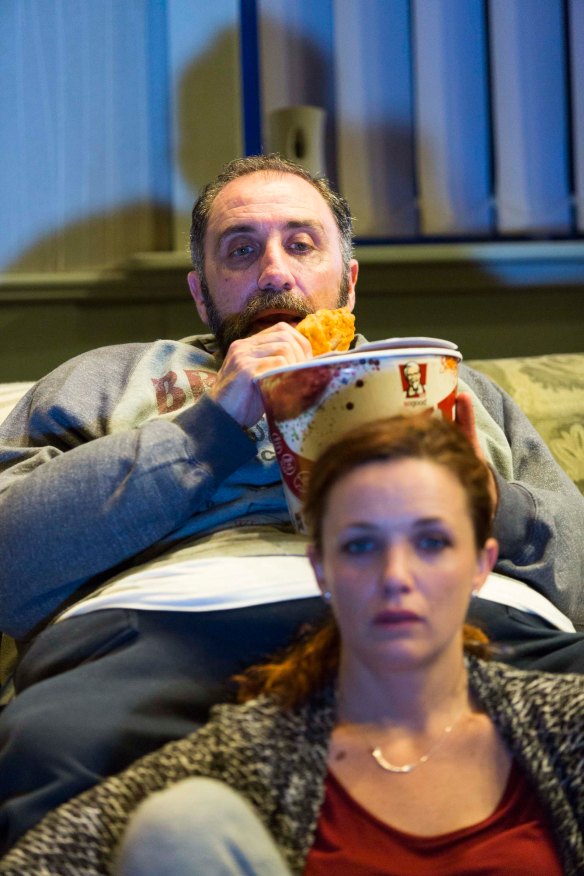 The lights go up on a morbidly obese man. Charlie is 600-pounds and counting – not just his weight but the number of days he has left.

“Do you find me disgusting?” he asks visitors several times during the course of Samuel D Hunter’s moving play The Whale, set in Idaho on the outskirts of Mormon country.

He teaches essay writing to English Literature students online (with the camera turned off). He has a close, loving friendship with Liz (Meredith Penman), a nurse who visits regularly and cajoles him into leading a healthier lifestyle while bringing him the junk food he now craves.

He is also desperate to re-connect with his estranged daughter Ellie (Chloe Bayliss), a troubled teenager whose need for love has turned into spitefulness and who he basically bribes to be there. Constantly prickly and sometimes downright vicious, Ellie lashes out at Charlie, who with the patience of a saint is prepared to take whatever she has to give in order to get to know her.

Gradually, we discover why Charlie is eating himself to death, and what has brought all the other characters to this point.

Lacing The Whale with references to Moby Dick and the Biblical tale of Jonah and the whale, Hunter has written a humane, tender and compassionate play, which takes in themes including homophobia, religion, small-mindedness, self-loathing, grief and family.

Designer Charlie Davis has used the Old Fitz space cleverly, suggesting a hallway and other room beyond the rather squalid sitting room where the play takes place. There are also rows of seating on one side of the stage to create a more intimate performance space. Davis’s costuming is also spot-on as is Alexander Berlage’s lighting. 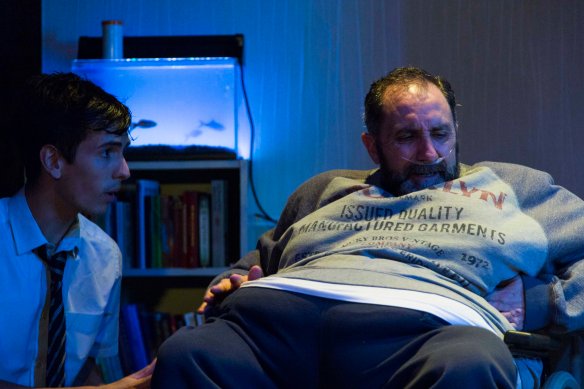 Shane Anthony directs a tight, beautifully performed production. Agius, who wears a fat suit, conveys Charlie’s physical decay brilliantly: the laboured wheezing breath, the heart palpitations and the struggle to move. But he also warms the cockles of your heart with his endearing portrayal of a man who is patient, kind, loving, understanding and desperate to atone for previous wrongs: a true gentle giant.

The other actors all offer utterly believable, touching portrayals of people struggling with their own problems and hurts. The relationships that develop between them take you by surprise and the ending of the play is deeply affecting. Recommended.

The Whale plays at the Old Fitz until March 4. Bookings: www.oldfitztheatre.com 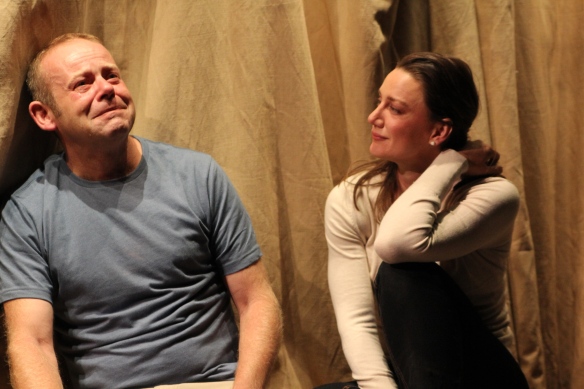 Now, Skuse directs Stephens’ 2005 play On the Shore of the Wide World for pantsguys and Griffin Independent – and it’s another memorable production.

Set in Stephens’ native Stockport, a town in Greater Manchester, the play tells the story of three generations of the suffering Holmes family over the course of nine months.

Peter (Huw Higginson) and Alice (Amanda Stephens-Lee) are muddling along OK but are hurt and upset when their teenage son Alex (Graeme McRae) and his new girlfriend, the spunky Sarah (Lily Newbury-Freeman), want to escape to London. Meanwhile, their sweet but odd younger son Christopher (Alex Beauman) is instantly smitten with Sarah.

Living nearby are Peter’s alcoholic father Charlie (Paul Bertram), who has a close relationship with his grandsons, Christopher in particular, and Charlie’s nervous wife Ellen (Kate Fitzpatrick).

Christopher catches his grandparents unawares one day and is rocked. Then a sudden tragedy forces buried emotions, shame, secrets and regrets to the fore and the family find themselves confronting and opening up to each other as they struggle to find a way to move forward together.

Running three hours including interval, the first act is a slow burn but the second act flies as the emotion builds.

Skuse directs a quiet, beautifully measured, subtle production, in which the actors often stay on stage to watch scenes they aren’t in, the compassion in their eyes intensifying the emotion.

There are excellent performances all round from a cast that also includes Jacob Warner as Alex’s drug-dealing friend Paul, Emma Palmer as a comparatively posh, pregnant publisher who employs Peter to renovate her home and develops quite a bond with him, and Alistair Wallace as John who meets Alice as a result of the tragedy.

Higginson (well-known from ten years playing PC George Garfield in The Bill) is a stand-out though with a heartbreakingly portrayal of the loving but emotionally inarticulate Peter. An engrossing, moving drama.

On the Shore of the Wide World runs at the SBW Stables Theatre until February 1. Bookings: www.griffintheatre.com.au or 02 9361 3817