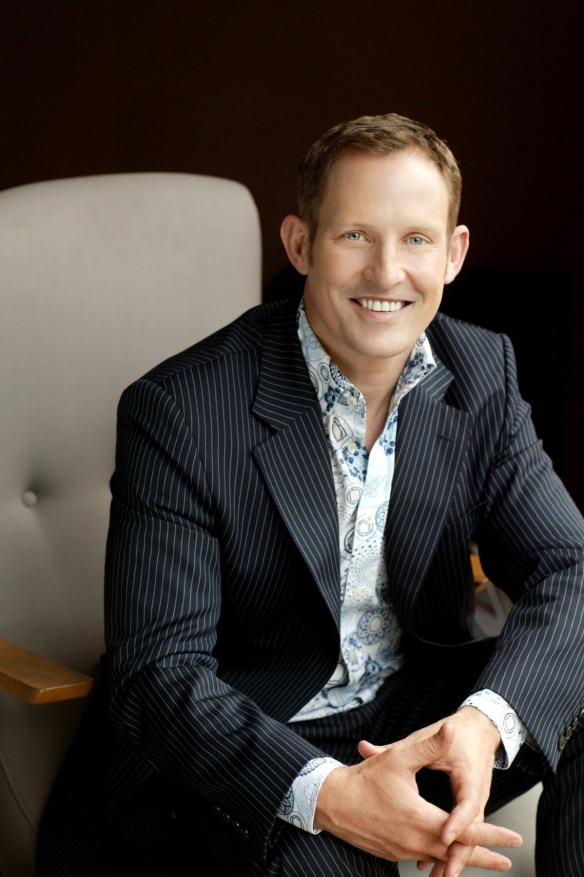 Todd McKenney is used to being centre stage. Now the musical theatre performer who has starred in shows including The Boy From Oz, Priscilla, Queen of the Desert – the Musical, Crazy for You and Annie among many others, is organising a series of personally guided theatre tours, which will give others the chance to join him there – if only after the curtain has fallen.

Todd McKenney’s Centre Stage Tours will kick off during the Sydney leg of the forthcoming tour of Grease – in which he plays Teen Angel – when he will take people backstage after the show, ending up on stage for photographs with himself and other cast members.

He is also opening up his beautiful, spacious home on Sydney’s Upper North Shore for high tea soirées at which guests will wander his lovely garden then gather around his piano for a relaxed private performance.

The first soirée on August 4, at which he will perform with Nancye Hayes and Chloe Dallimore, sold out within a matter of hours after he chatted about it on radio with Alan Jones. However, there are still some tickets available for his first theatre tours. Some of the proceeds from the tours will go to the Children’s Cancer Institute Australia.

The idea began during a conversation with his friends Julie and Chris Walker, co-owners of several Sydney restaurants including Berta in Surry Hills.

“They said, ‘have you ever thought of taking groups to Broadway and the West End?’” recalls McKenney. “I thought about it more and more and said to Julie, ‘why don’t you run it with me?’ So we looked at putting it together and decided to start closer to home where we have the contacts.”

John Frost, the producer of Grease, and the Lyric Theatre, where the show is playing in Sydney, both loved the idea. “The Lyric are giving us private champagne rooms as the guests arrive, all sorts of stuff. We have had two travel agents contact us now so we are meeting them. It’s just taken off,” says McKenney.

The first tours on offer are dinner-theatre tours on October 25 and November 1 when a group of 30 will dine at Berta, which offers modern Italian cuisine, then go by private coach back to the theatre for pre-show champagne. After seeing they show, McKenney will take them on a backstage tour. There are also sip-a-soda tours on December 1 and 8 after the matinee with an optional meal.

The reason McKenney is able to dine with guests before the show is that as Teen Angel he only sings one song in the second act – however, he plans to dazzle, literally.

“They asked what I wanted to wear and I said, ‘I want to blind them,’ says McKenney with a laugh.

“If I’ve only got one number I want to hit that stage like a human mirror ball so I’ve got a costume covered in Swarovski crystals with silver aviators, a big white quiff and silver crocodile skin boots, which I’ve just had made. So it’s going to be a good look. I’m going to make an impact.”

Into the future, McKenney is performing in another musical for Frost next year, which is yet to be announced. He has also put in a couple of requests.

“There are a couple of shows I really, really want to do before I can’t do them. One of them is Barnum,” he says. “I’m desperate to do Barnum so I rang Frosty one day and he and I have been talking about that for the future. I don’t know if he’s got it.

“It’s a role I’ve always wanted to play. I love the music, I love the character, I love the story. He’s a showman but he’s got a dark side and I get to do acrobatic tricks. It’s an itch which I haven’t been able to scratch – and it’s my Mum’s favourite musical.”

Meanwhile, Dancing with the Stars – where McKenney has made his mark as the “nasty” judge – is set to return to Channel Seven for its 13th season. The line-up has not yet been announced but McKenney is keen to return.

“Dancing with the Stars and The Boy From Oz changed my life,” he says. “As long as they keep running it and asking me back, I’ll be there.”

An edited version of this story appeared in the Sunday Telegraph on July 14.