The last day of 2013 seems a good time to look back over what happened on the boards during the last 12 months. Here are some personal arts highlights from Sydney theatre predominantly: productions and people that will live on in my memory long past tonight’s Sydney Harbour midnight firework display heralding a new year. 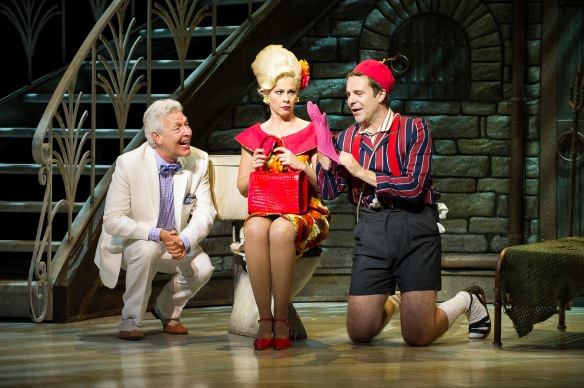 It was a pretty patchy year in musicals. My two out-and-out highlights were The Production Company’s Gypsy in Melbourne and Dirty Rotten Scoundrels in Sydney.

Caroline O’Connor was phenomenal as Rose, giving us everything we’d hoped for and so much more: a stellar, unforgettable performance that was both monstrous and heartbreaking. For me, it was the musical theatre performance of the year.

Matt Hetherington was impressive as Herbie in Gypsy but really came into his own with a superb performance as the vulgar Freddy Benson in Dirty Rotten Scoundrels. Co-starring with Tony Sheldon – who made a welcome homecoming from the US as the suave Lawrence Jameson, a part tailor-made for him – Scoundrels was a delightful, perfectly cast, stylish, laugh-out-loud production. Amy Lehpamer shone as Christine Colgate and Katrina Retallick was riotously funny in a scene-stealing performance as Jolene Oakes (after another scene-stealing turn in The Addams Family earlier in the year). Scoundrels was a real feather in the cap for up-and-coming producer George Youakim. The show deserved to sell out but despite reviews your mother might write, it struggled at the box office. Instead Sydney audiences opted for the familiar, even when reviews were much less favourable.

The Lion King proved just as stunning visually a second time around but the first act felt flat with the dialogue scenes slowing the action, not helped by some underpowered performances. However, Nick Afoa made a promising debut as Simba.

Premiering in Melbourne, King Kong was an ambitious production and the puppetry used to create Kong himself was breathtaking. In fact, Kong the creature was awesome, the musical’s book less so. Esther Hannaford was lovely as Ann Darrow.

Lucy Maunder was the standout in Grease, owning the role of Rizzo. Her moving rendition of “There Are Worse Things I Could Do” was the emotional and musical highlight of the production. 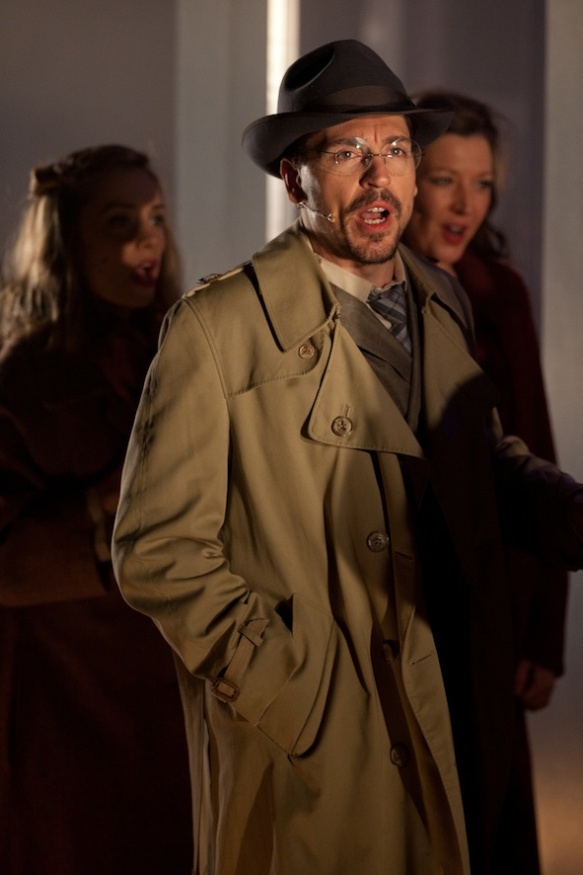 Michael Falzon was in superb voice as physicist Leo Szilard in new musical Atomic, giving a beautifully wrought performance. In fact, the entire ensemble was terrific. Written by Australian Danny Ginges and American Gregory Bonsignore (book and lyrics) and Australian Philip Foxman (music and lyrics), the structure of the musical could do with some honing but the show has great potential.

I also enjoyed Jaz Flowers and Bobby Fox in the 21st anniversary production of Hot Shoe Shuffle. And what a treat to be able to see Kristin Chenoweth and Idina Menzel in concert at the Sydney Opera House within 10 days of each other.

It was an impressive year in Sydney theatre both in the mainstream and independent sectors with a large number of excellent productions and performances. Never has the discussion among the Sydney Theatre Critics in the lead-up to the Sydney Theatre Awards (to be presented on January 20 at Paddington RSL) been so protracted, agonised and, at times, heated.

Among my own personal highlights were:

Waiting for Godot, Sydney Theatre Company. Directed by Andrew Upton after an injured Tamas Ascher was unable to fly to Australia, this was a mesmerising production full of tenderness, humanity, pathos and humour to match the bleakness. Richard Roxburgh, Hugo Weaving, Philip Quast and Luke Mullins were all exceptional. Wow to the power of four. 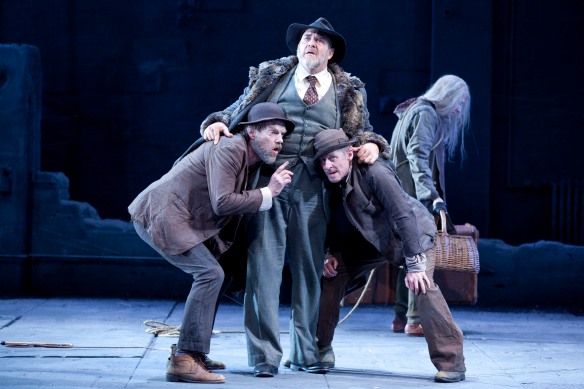 Angels in America, Belvoir. Staging Parts One and Two, this marvellous production directed by Eamon Flack confirmed that Tony Kushner’s play is a truly sensational piece of writing that sweeps you up in its epic vision. The fine cast included Luke Mullins, Amber McMahon, Marcus Graham and Mitchell Butel – all superb. (Mullins also gave a fine performance in Kit Brookman’s Small and Tired Downstairs at Belvoir. What a year he’s had).

The Motherf**ker with the Hat, Workhorse Theatre Company. The independent scene was unusually strong in Sydney in 2013 and this was one of the real stunners. Directed by Adam Cook in the intimate space at the TAP Gallery, the tough play kept you on the edge of your seat. Troy Harrison and Zoe Trilsbach gave riveting, grittily truthful performances. If you missed it, the production has a return season at the new Eternity Playhouse in September. 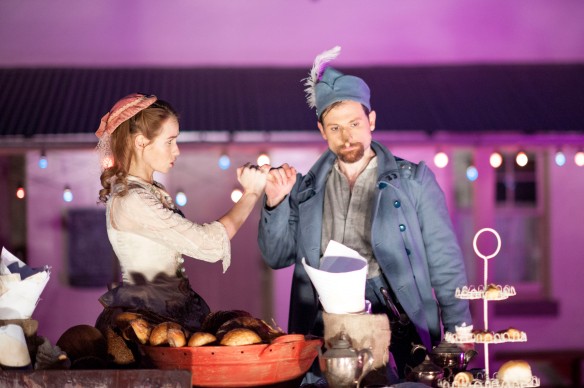 Jerusalem, New Theatre. A wonderful production of Jez Butterworth’s brilliant play directed by Helen Tonkin that has justly snared a large number of nominations at the Sydney Theatre Awards.

Penelope, Siren Theatre Company. Kate Gaul directed a tough, challenging, indie production of Enda Walsh’s play, set in the bottom of a drained swimming pool, which riffs on the ancient myth. Another clever use of the small TAP Gallery, here playing in traverse.

Sisters Grimm. It was great to see the acclaimed, “queer, DIY” Melbourne company in Sydney with two of their trashy, gender-bending, outrageously funny productions: Little Mercy presented by STC and Summertime in the Garden of Eden as part of Griffin Independent. A hoot, both of them. (How drop dead beautiful was Agent Cleave in Summertime in drag and beard?). Can’t wait to see their production of Calpurnia Descending at STC in October.

All My Sons, Eternity Playhouse. The beautiful new Eternity Playhouse, a gorgeous 200-seat venue now home to the Darlinghurst Theatre Company, opened its doors with a fine, traditional production of All My Sons directed by Iain Sinclair with great performances all round, among them Toni Scanlan and Andrew Henry.

Besides those mentioned above I loved Sharon Millerchip in Bombshells at the Ensemble, Lee Jones in Frankenstein also at the Ensemble, Cate Blanchett in The Maids for STC, Paul Blackwell in Vere for STC, Ewen Leslie in Rosencrantz and Guildenstern are Dead and in Hamlet at Belvoir (where he took over from Toby Schmitz whose performance I also liked very much), John Bell as Falstaff in Bell Shakespeare’s Henry 4 and Damien Ryan as Iago in Sport for Jove’s Othello.

The Ring Cycle, Opera Australia. I was lucky enough to see The Ring Cycle in Melbourne. It was my first Ring and I was utterly thrilled by it. Numerous visual images will stay with me forever as will performances by Terje Stensvold, Stefan Vinke, Susan Bullock, Warwick Fyfe and Jud Arthur among others. As is his forte, director Neil Armfield brought the relationships to the fore and found enormous emotion and humanity. Conductor Pietari Inkinen, who took over at short notice, harnessed the musical forces superbly. A very special experience. 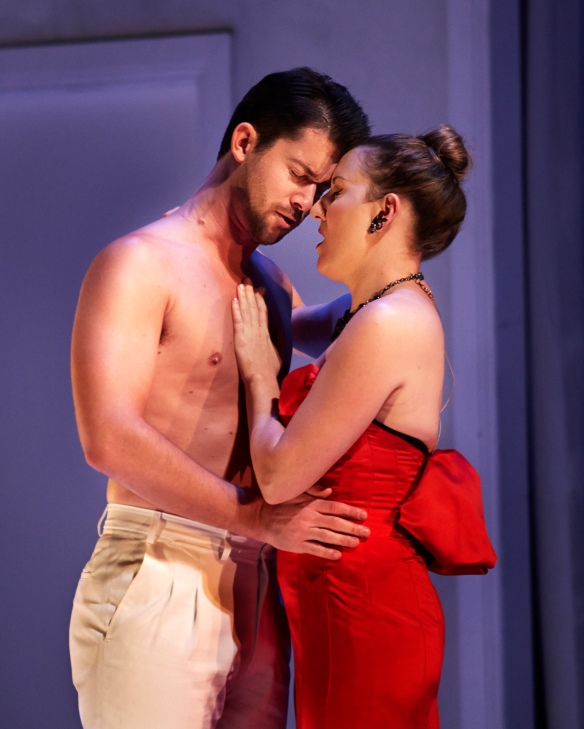 Giasone, Pinchgut Opera. At the other end of the spectrum, small-scale, indie company Pinchgut delivered a sparkling production of Francesco Cavalli’s baroque opera with countertenor David Hansen dazzling in the title role.

How lucky we were to see Angela Lansbury and James Earl Jones in Driving Miss Daisy, the National Theatre’s brilliantly bonkers production of One Man, Two Guvnors, Kneehigh Theatre’s Brief Encounter, the Paris Opera Ballet’s exquisite Giselle, Semele Walk at the Sydney Festival, which gave Handel’s oratorio a wacky twist in a catwalk production with costumes by Vivienne Westwood, and firebrand soprano Simone Kermes singing with the Australian Brandenburg Orchestra.

There was much, much more. Barry Humphries‘ Weimar cabaret concert for the Australian Chamber Orchestra, for example. In the end, too much good stuff to mention it all.