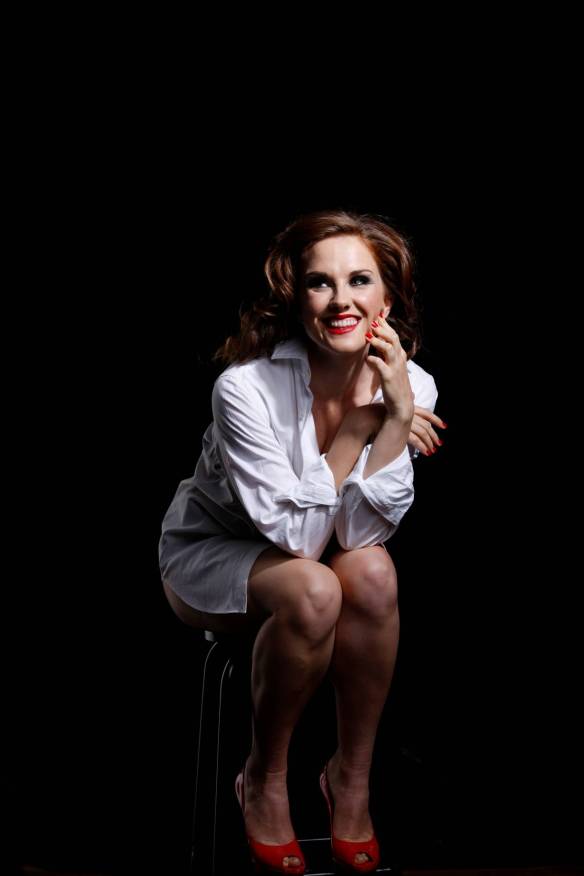 Last time Verity Hunt-Ballard performed in Sydney she flew over the heads of the audience as Mary Poppins in Cameron Mackintosh’s sumptuous, award-winning production.

Now, she is taking on another starring role – as Charity Hope Valentine in Sweet Charity – but this time in a gritty, intimate production.

The show has been chosen to launch the new Hayes Theatre Co, which is turning the former Darlinghurst Theatre in Potts Point into a home for small-scale musicals and cabaret. The exciting initiative looks set to shake up musical theatre in Sydney.

With only 115 seats and audiences sitting up close, “there will be nowhere to hide”, says Hunt-Ballard with a laugh.

“The last role I played was in 2000-seat theatres, which is a different discipline in a way, a different way of storytelling. (Sweet Charity) is really a play with music essentially, not like going to your big budget musicals – which are wonderful obviously, I’m a huge fan of them – but this is different and kind of unique. It’s really exciting to me because I haven’t done a small piece for many years.”

After Mary Poppins ended, Hunt-Ballard – whose other credits include Jersey Boys and The Rocky Horror Show – took a break from musicals to recover from the demanding two-year run.

“It was such a huge journey for me and ticked a lot of boxes, I guess,” says the softly spoken performer, who had only played supporting roles until then. “It was incredible but really hard yakka doing eight shows a week for two years. But it was a huge learning curve and I’m very, very grateful.”

For the past year – apart from appearing in a short return season of Eddie Perfect’s Shane Warne The Musical – she has been focused on raising her baby daughter with partner Scott Johnson who she met when they were performing together in Jersey Boys. However, Sweet Charity was too special an opportunity to resist.

“When (director) Dean Bryant and (producer) Lisa Campbell ring you and say ‘would you like to play Sweet Charity?’ even with an 11-month baby you say ‘yes’,” says Hunt-Ballard.

“We’re opening a theatre honouring Nancye Hayes who’s a really dear friend of mine and who has been my mentor really. She directed me at WAAPA years ago and we’ve been friends ever since. She calls herself my daughter’s fairy godmother. So all the stars aligned and I thought, ‘I’ll just have to take this job’. We’ve just moved to Melbourne but my darling Scott said, ‘OK, we’ll go back.’”

With music by Cy Coleman, lyrics by Dorothy Fields and book by Neil Simon, Sweet Charity opened on Broadway in 1966 in a production directed and choreographed by the legendary Bob Fosse with Gwen Verdon as Charity.

Other actors to have played the title role include Shirley MacLaine in the 1969 film and Nancye Hayes in the original 1967 Australian production.

It tells the story of eternal optimist Charity Hope Valentine, who dreams of being rescued from her job as a hostess in the seedy Fandango Dancehall by love and marriage.

Though she retains an element of innocence about her, Charity is polls removed from the “practically perfect” Mary Poppins.

“I feel, approaching this role, even more equipped having been through the last year emotionally and having to go to really dark places of sleep deprivation,” says Hunt-Ballard. “Not that Charity has children but she is certainly a character that has had to deal with life’s challenges. She’s tough. Full of hope but really tough (and) quite damaged in a way. She suffers rejection so many times but she just keeps going. It’s a story about the human spirit in a way.”

The Hayes Theatre Co production is directed by Dean Bryant whose many musical theatre credits include working as associate director on Priscilla, Queen of the Desert – The Musical around the world, the world premiere of An Officer and a Gentleman and A Funny Thing Happened on the Way to the Forum. He has also directed The Producers, Anything Goes and The Pirates of Penzance for The Production Company in Melbourne.

In 2006, three years after Hunt-Ballard graduated from WAAPA, he directed her in a show he co-wrote with composer Matthew Frank called Virgins, which went to the New York Musical Theatre Festival. Longtime friends, Hunt-Ballard is excited to be working with him again.

“Dean’s vision is quite gritty, quite dark and very influenced by Nights of Cabiria, the Fellini film that Sweet Charity was based on, which focuses more on the fact that Charity is a prostitute. She’s not just a dance hall hostess. She really has no skills, no support and she has to do this to survive,” says Hunt-Ballard.

“Our assistant director Valentina Gasbarrino is Italian and she was talking about the Fellini film and what it meant to Rome at that time: the oppression of the working class that he was showing. Dean is really excited that we are performing in the Cross because we really want it to feel like you are stepping into what could be any club (in the area).”

Hunt-Ballard says that the production will be “very physical” with “hip” new musical arrangements by Andrew Worboys and “hot” costumes by Academy Award-winning designer Tim Chappel.

Audiences will watch the show as if they are in the Fandango Ballroom with the characters.

“It’s quite stark,” says Hunt-Ballard. “We will be using minimal props and costume changes will happen on stage. It will take audiences on an emotional trip hopefully – sometimes uncomfortable, sometimes funny and sometimes beautiful.”