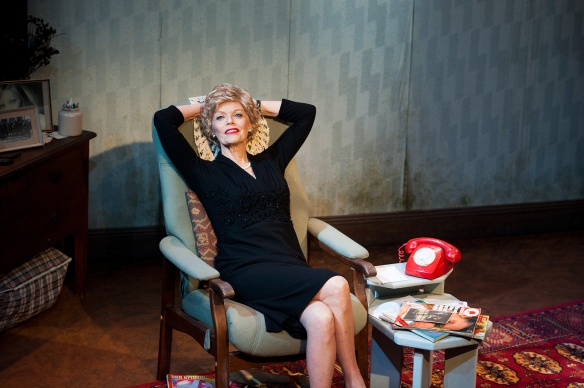 Also known as “the blonde ghost”, Berlin-born Goldschlag was 18 when World War II began. Very beautiful with blonde hair and blue eyes, she looked Aryan but was actually Jewish. Living illegally in war-torn Berlin, she was captured and tortured by the Gestapo. In order to save herself and her parents from Auschwitz, she agreed to become a “greifer” or “catcher”, informing on Jews in hiding. Because of her, up to 3000 Jews are said to have been sent to concentration camps.

The play requires an extraordinary performance to keep you riveted for its entire 90 minutes – and it gets it from Belinda Giblin in a production currently playing at Sydney’s Old Fitz Theatre, produced by Adam Liberman in association with Red Line Productions.

Louw is a British playwright, whose grandparents died during the Holocaust. She based her play largely on a book by David Wyden, a journalist who had been smitten with Goldschlag at school and interviewed her when she was in her 70s. Wyden’s family was able to escape Berlin in 1937 and go to the US, but Goldschlag’s family didn’t have the means or the connections.

In the play, Goldschlag – now living as a recluse – is waiting nervously for Wyden to arrive and begins going over in her mind all the questions he is bound to ask about her life.

Louw has Goldschlag tell her story in fairly straightforward fashion but she doesn’t dodge the moral complexities, with our sympathy shifting back and forth. Jennifer Hagan directs the play with understated sensitivity, eschewing bells and whistles and Giblin gives one of the performances of her career with an emotionally layered portrayal that is full of nuance and complexity.

Brought up to think of herself as “a princess” by her father and beloved Mutti, Giblin portrays a vain woman with a strong sense of entitlement and a keen awareness of her sexual power. At the same time, she is a victim of her time and place, who makes difficult choices in order to survive.

At times, we understand and empathise with Goldschlag; at other times we are taken aback by her ruthlessness and her candid admission that she loved the power and privilege her acts of betrayal conferred on her. One particular incident, where she nearly seals the fate of a Jewish boy in the Hitler Youth, and describes the thrill she experiences is particularly unsettling. Giblin plays it all beautifully without ever judging the character. She also conveys Goldschlag’s heartbreak when her daughter is taken away from her as a baby and later rejects her. 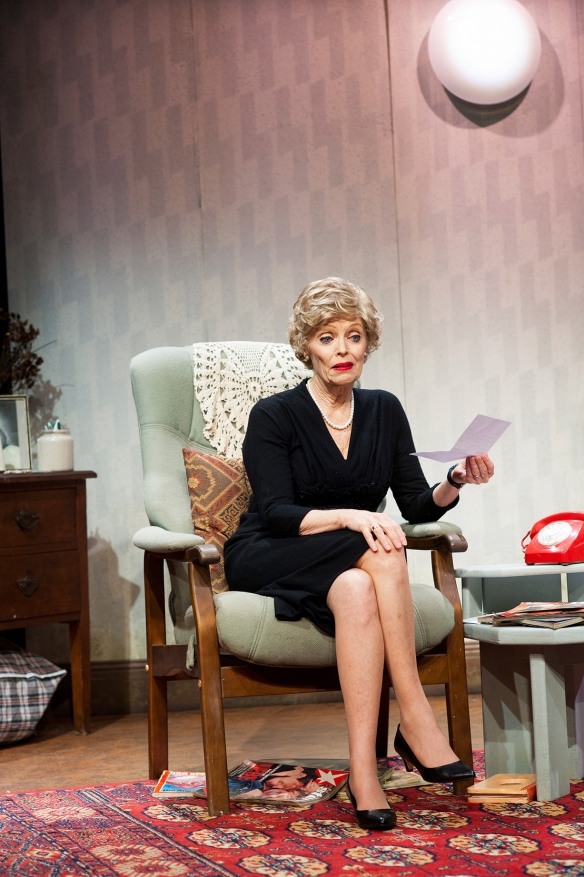 Derrick Cox has designed a small, shabby apartment that makes for a convincingly naturalistic setting in which a basket of rag dolls sits oddly for such a stylish, tough woman: a sad, almost pathetic, substitute for or reminder of the daughter she lost.

The play itself is a bit long-winded and repetitive and could easily be trimmed. However, Hagan’s production (with sound by Jeremy Silver and lighting by Matthew Tunchon) is powerfully evoked. But it’s Giblin’s portrayal of a flawed human being that makes the play soar, keeping us gripped, fascinated, appalled and moved as we contemplate what we would have done in her place.