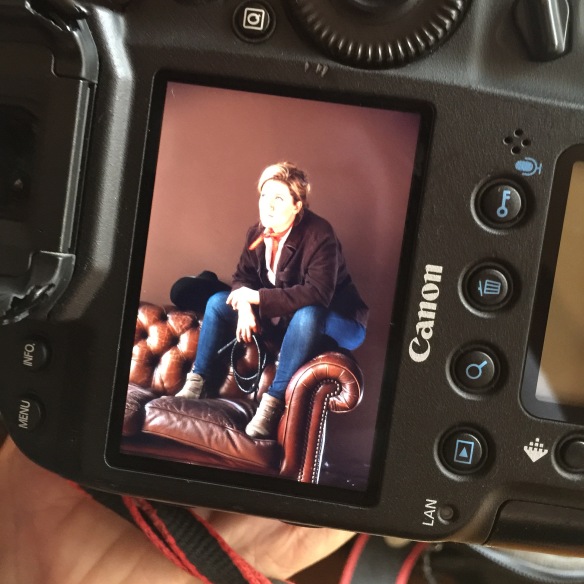 As revealed in yesterday’s Sunday Telegraph, Virginia Gay is to play Calamity Jane for Neglected Musicals in August

Blown away by Virginia Gay’s portrayal of photographer Liz Imbrie in High Society at the Hayes Theatre Co last year, Michelle Guthrie immediately set about looking for a starring vehicle for the popular performer.

Guthrie, who produces Neglected Musicals, settled on the 1961 musical Calamity Jane, which was adapted from the much-loved 1953 Warner Bros movie written for Doris Day.

“Virginia absolutely stole the show in High Society in my opinion, which is why I wanted to find something where it’s OK for her to steal the show. Calamity is barely off stage. It’s perfect for her. She gets all the big songs and a lot of gags – and her comic timing is impeccable,” says Guthrie.

Neglected Musicals will present Calamity Jane in August as part of the Hayes Theatre Co’s season for the second half of 2016.

Best known for her TV roles in Network Seven’s Winners & Losers and All Saints, Gay (who graduated from the WAAPA acting course) is also a gifted musical theatre performer as she showed with consummate performances in High Society and Leonard Bernstein’s Wonderful Town for Sydney Philharmonia Choirs and Squabbalogic at the Sydney Opera House last month.

With season five of Winners & Losers shot and ready to screen later this year, Gay is enjoying taking advantage of the hiatus in her TV schedule to flex her musical theatre muscle on short-run productions like Wonderful Town and now Calamity Jane.

Gay says she watched the film of Calamity Jane “obsessively” as a child. “I had a series of films I watched over and over again, which was kind of like a cheap babysitting for my parents because they would put it on and I wouldn’t move – and Calamity Jane was one of them,” she says.

Set in Deadwood City, where Calamity can outride and outshoot everyone except Wild Bill Hickok, the show tells a fictional story involving comic confusion, jealousy and love. The terrific score includes famous songs such Windy City, Secret Love, The Black Hills of Dakota and The Deadwood Stage (Whip-Crack-Away!).

“I used to love it growing up because she’s an independent woman. She’s iconoclastic and transgressive and powerful and funny,” says Gay.

“I like the fact that (wearing men’s clothes) is her way of surviving on the frontier in the Wild West. What an amazing choice. I really love her. It no doubt started a lifelong love of funny outsiders; they are my favourite role in any show.”

Neglected Musicals presents minimally staged readings of rarely seen shows – Calamity Jane has only ever had amateur productions in Australia – performed by a top cast with script in hand after just a day or two’s rehearsal.

“After 10 years of television, I love working quick. One day (to rehearse) is psychotic but that’s great,” says Gay.

“I think the audience feels like they are in on something special. You never normally get to see something like this. It’s like being in the rehearsal room. It’s so intimate and so full of glorious mistakes. It’s like we are all in this together and it’s delightful.”

Yesterday’s announcement that a new, not-for-profit consortium of producers and organisations called Independent Music Theatre (IMT) is to run the Reginald Murphy Hall in Potts Point as a home for small-scale music theatre and cabaret has my heart singing.

It’s exciting news given the potential for the company to become an important and much-needed addition to Sydney’s musical theatre scene.

Having won the tender from the City of Sydney Council to become the next resident company, IMT will announce a new name for the venue in the coming weeks.

Describing themselves as a “collaborative partnership”, IMT comprises a team of organisations who already have runs on the board producing small-scale musicals and cabaret: Luckiest Productions (David Campbell, Lisa Campbell and Richard Carroll), Neglected Musicals (Michelle Guthrie), Squabbalogic (Jay James-Moody and Jessica Burns, who are soon to stage Bloody Bloody Andrew Jackson at The Factory in Marrickville), Neil Gooding Productions (who produced the Australian musical The Hatpin by Peter Rutherford and James Millar) and independent producers Michael Huxley and Simone Parrott.

Commercial musicals currently dominate the music theatre scene in Sydney – and there aren’t that many of those each year given the relatively limited audience compared to London or New York.

It’s not that Sydney doesn’t see small-scale, independent musicals but the productions are sporadic and scattered around various venues. Presenting regular shows in one venue will give the work a very useful focus.

Having their own home, where they can support each other, will also give the companies involved a better chance to survive and thrive.

Initially IMT’s audience is likely to be industry-based along with serious musical theatre fans but if the work is good a broader audience will hopefully follow pretty quickly. London’s Menier Chocolate Factory is an obvious model, whose success will doubtless be encouraging for the IMT team.

The chance to see musicals from overseas that would otherwise be unlikely to make it to our shores – whether that be little seen classics or more recent, innovative work – is so important for the development of the artform, as well as for the people who want to make it and perform in it.

Developing new Australian musicals – that most challenging of theatrical beasts – is  something that IMT will hopefully be well placed to undertake in the fullness of time.

It is a small venue but the IMT team are specialists in the field of small-scale music theatre and cabaret and should have the expertise and nous to choose the right shows and make them work in the intimate setting.

Neglected Musicals is already associated with the venue having presented terrific rehearsed readings of nine musicals there including No Way to Treat a Lady, On the Twentieth Century and Variations by Australia’s Terry Clarke and the late Nick Enright.

Stephen Colyer’s Gaiety Theatre (not associated with IMT) has also had success staging musicals there, including Hello Again and Kiss of the Spiderwoman.

The first IMT production is likely to be presented at the start of next year. I can’t wait.