When Nick Enright wrote his 1989 rom-com Daylight Saving, it was a last-ditch effort. Had it not been a success, he had threatened to turn his back on playwriting.

But the play, which premiered at the Ensemble Theatre, was a big hit. Enright went on to a stellar career (cut sadly short when he died from melanoma in 2003) with writing credits including Cloudstreet, The Boy From Oz and the film Lorenzo’s Oil. He also wrote the book and lyrics for the musical Miracle City, currently enjoying a brilliant revival at the Hayes Theatre Co.

Darlinghurst Theatre Company is now staging Daylight Saving (with support form the Enright Family). It’s been lovingly directed by Adam Cook, who has chosen to keep it in its original 1980s time period, but the play itself feels rather dated and lightweight. The humour doesn’t zing in quite the same way that it did back in 1989 (the biggest laugh of the night is a sight gag: a huge, brick-like mobile phone) and its themes of loneliness in marriage, the passing of time and seizing the day don’t have quite the same traction – perhaps because we’ve heard them discussed so often.

Well constructed and elegantly written, the play is stylistically not dissimilar to Alan Ayckbourn or David Williamson. There are some deft, very funny one-liners that the cast deliver with consummate timing,  but the laughs are slow to build and rather sporadic.

Felicity (Rachel Gordon) is a successful restaurateur on Sydney’s northern beaches. She lives in a gorgeous house overlooking Pittwater and would seem to have it all. However, her husband Tom (Christopher Stollery), who manages a top-ranking but temperamental young tennis player Jason Strutt (Jacob Warner), devotes so much time to work that she is feeling increasingly lonely and under-valued.

This time, Tom has forgotten their wedding anniversary as he heads off overseas yet again. So when her old flame Joshua Makepeace (Ian Stenlake), to whom she lost her virginity in America as a student, appears out of the blue Felicity contemplates a romantic night. Somehow the fact that it’s the night that the clocks go back, gifting them an extra hour together, makes it seem even more special.

But plans for a candlelit lobster dinner go awry with a procession of visitors interrupting the evening.

Hugh O’Connor has designed a bright, gleaming set that captures the feel of a comfortable, advantageously positioned waterside home, beautifully lit by Gavan Swift, and his costumes have 80s elements without feeling like a parody.

Cook has gathered a strong cast, with the women in particularly fine form. As Felicity, Gordon gives a performance that feels effortlessly natural and real, her disappointment lying just beneath the surface. Belinda Giblin is absolutely on the money as Felicity’s well-meaning but interfering mother: a North Shore widow with fake tan who arrives like a whirlwind, dispensing advice, inedible cookies and deliciously dry witticisms, delivered to perfection.

Helen Dallimore is also extremely funny as Felicity’s rather boorish next-door neighbour Stephanie, whose boyfriend has given her up for Lent and who is so wrapped up in her own indignation she is oblivious to what’s going on around her.

Stenlake offers the kind of winning charm that Stollery’s grouchy Tom lacks, while Warner plays Jason’s bratishness to the hilt.

Cook has found as much humanity in it as he can, but at the end of the day it all feels rather slight: a play that hasn’t quite stood the test of time but one that is still gently amusing.

Daylight Saving runs at the Eternity Playhouse until November 30. Bookings: www.darlinghursttheatre.com or 02 8356 9987

Rachel Gordon is about to star in Nick Enright’s 1989 rom-com Daylight Saving for Darlinghurst Theatre Company. She talks about the play and the many diverse credits in her bio. 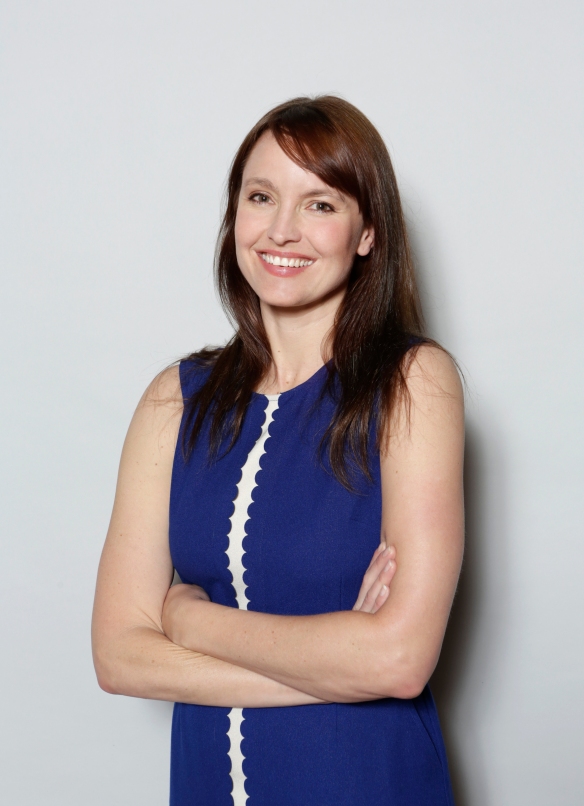 Logie Award nominee Rachel Gordon has some pretty interesting things in her bio besides her many acting credits.

In 2007, she was personally trained by Al Gore and The Australian Conservation Foundation as a presenter for The Climate Change Project.

The following year she spent a month walking the Great Wall of China with various celebrities to raise money for Olivia Newton-John’s Cancer and Wellness Centre.

“I’m very lucky to have had a lot of incredible experiences like that,” says Gordon.

And don’t be surprised if Gordon one day adds “politician” to her c.v.

Her great grandfather was Prime Minister Joseph Lyons, while his wife, Dame Enid Lyons, was the first woman in the Australian parliament.

“That’s really cool for a feminist, isn’t it?” says Gordon.

“They died before I was born but I’d like to get into politics and I know my brother is very keen as well so it might be in the blood.

“I have a lot of things I would like to change. I really love that Ghandi quote: ‘Be the change you wish to see in the world.’ There’s no point sitting back and pointing the finger at politicians. I should probably get up and do something, so who knows?”

For the time being, however, Gordon continues to be in demand as an actor.

She is about to star in a production of Nick Enright’s 1989 hit rom-com Daylight Saving directed by Adam Cook for Darlinghurst Theatre Company with a cast including Helen Dallimore, Belinda Giblin and Ian Stenlake.

“Ian Stenlake and I actually went to NIDA together and lived together for a while – not as a couple but in a share house with lots of other students. We’ve never worked together professionally so that’s really nice,” she says.

Gordon is best known for her television work in shows such as The Moodys, Blue Heelers and Home and Away. She has just finished filming a new Channel Seven series called The Killing Field with Rebecca Gibney and Peter O’Brien in which she plays Gibney’s character’s sister.

She has also done plenty of theatre over the years.

“When I first came out of NIDA that’s all I did,” she says. “It took a long time to get much TV work and then that was what I did for a period of time. But over the last couple of years I’ve been doing quite a lot of theatre again and I absolutely adore it. There’s nothing like having an audience in the room with you.”

Enright (The Boy From Oz, Cloudstreet, Lorenzo’s Oil) wrote Daylight Saving for his close friend, actor Sandy Gore. At the time, he was dispirited by his lack of playwriting success and he considered the play a last ditch effort. Fortunately it proved to be a hit, leading to a stellar career. Sadly, he died in 2003 from melanoma, aged 52.

“It’s such an honour to play this role especially because Nick Enright was so dearly loved by pretty much everybody in the theatre community that met him,” says Gordon.

“But I was terrified when I actually got the role because Sandy is such a dear friend and I so want to do the play and her justice. So I called her and told her and she’s been very supportive.”

Gordon plays a successful Sydney restaurateur who contemplates having a fling with an old flame (Stenlake) while her husband is overseas on one of his many business trips. But their candle-lit dinner is constantly interrupted.

“There’s this beautiful feeling in the play, which I think Nick fostered in a lot of his work of really seizing the moment – as he did in his own life. He filled it with so much and affected so many people on so many levels through his generosity of spirit, his largesse, his intellect and his humour. He gave us these wonderful plays and he taught thousands of students.

“There is a real sense of urgency in the play. Felicity, my character, has one night to perhaps live out her dream of being with this ex-flame. We all have these moments in our lives where you think ‘what would have happened if I had taken a different turn?’

“It’s a very charming romantic comedy and I think it will make people laugh and feel happy and hold their dear ones close,” says Gordon.

Gordon’s own dear ones include her two children with actor Jon Sivewright, who she met on Home and Away.

“I’ve got a three-year old and a ten-month old. He’s with the babies at the moment being a very good father,” she says. “They probably feel like they’re on holiday getting everything they want!”

Daylight Saving runs at the Eternity Playhouse until November 30. Bookings: darlinghursttheatre.com or 8356 9987