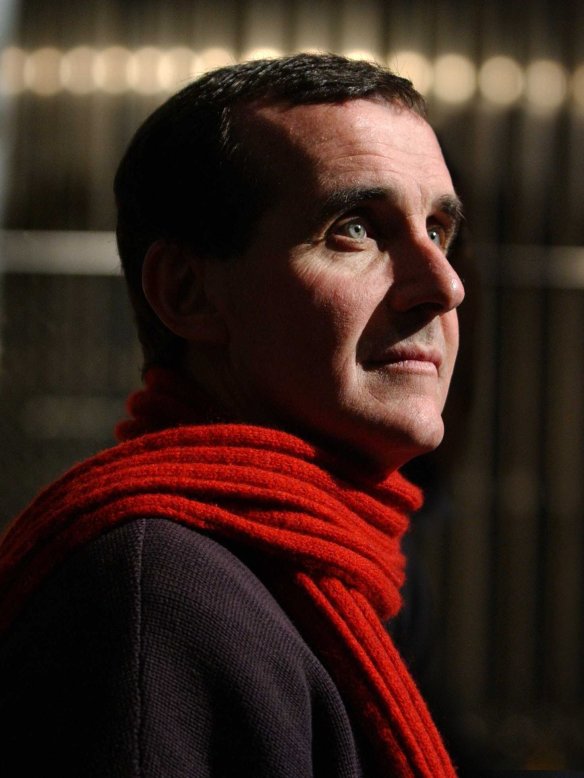 Sydney will soon have a theatre named after Nancye Hayes (the former Darlinghurst Theatre). Now, it has a theatre bar named after the late, much-missed Australian playwright Nick Enright.

Last night, Darlinghurst Theatre Company and the Enright family hosted a wonderful event in the foyer at the newly opened Eternity Playhouse where friends and colleagues of Enright’s, including Nancye Hayes, gathered to celebrate the news that the foyer bar will be known as Nick’s Bar.

Enright’s brother Ian also announced that, over the next three years, the Enright family is supporting Darlinghurst Theatre Company to produce three plays by the renowned Australian playwright, starting with Daylight Saving in 2014.

Enright, who died in 2003 at age 52 of a melanoma, was a dearly loved man of the theatre. A prolific writer for film, television and the stage, he was also an actor, director and teacher who was Head of Acting at NIDA between 1983 and 1984.

His playwriting credits include On the Wallaby, Daylight Saving, St James Infirmary, Mongrels, A Property of the Clan, The Quartet from Rigoletto, Blackrock, Good Works, Spurboard and A Man with Five Children. Together with Justin Monjo he also adapted Tim Winton’s Cloudstreet for the stage.

He wrote the book and lyrics for many musicals including The Venetian Twins, Variations and Summer Rain with composer Terrence Clarke; The Betrothed, Mary Bryant and The Good Fight with David King; and Miracle City with Max Lambert. He also wrote the book for The Boy From Oz, which went on to become a hit on Broadway.

Enright co-wrote the screenplay for Lorenzo’s Oil, which earned him an Academy Award nomination.

Last night’s event included performances and talks by friends of Enright’s who remembered a man who was warm and witty, wrote comedy and lyrics with effortless ease, and was also a great mentor to many young artists. David Marr (who runs Enright’s estate with Ian Enright) also recalled the playwright’s “ferocious” but insightful editing of his biography of Patrick White.

Enright wasn’t a great drinker himself, said Marr, but understood that red wine and conversation go together so the naming of a bar after him was an apt tribute.

Marr was the MC – a role he said that we didn’t need (given that everyone in the room knew each other) but had to have because Enright loved the formalities of the theatre.

Genevieve Lemon opened the show with “I’ll Hold On” from Miracle City – a heart-breakingly beautiful song, beautifully sung, bringing back great memories of the show, which surely deserves to be seen again soon.

Lynne Pierse and Doug Hansell performed “Love Has Lousy Timing” from the first version of Summer Rain, which was subsequently cut from the show, Paul Capsis sang Lou Reed’s “Perfect Day”, Jay James-Moody gave us the ever-popular comedy number Jindyworoback from The Venetian Twins with composer Terry Clarke at the piano and Tony Sheldon brought the night to a moving end with “If I Don’t Have You” from Variations (recently given a concert performance by Neglected Musicals).

Sandy Gore did the honours in officially opening “Nick’s Bar”. During a lively, touching speech she revealed that Enright had been so frustrated and depressed at his plays not being picked up and staged that he vowed that he would stop playwriting if Daylight Saving (which he wrote for her in 1989 after Marr suggested he tackled a comedy) was not a success – and she believed him. Happily it sold out and Enright’s career took off.

“If you need any assistance on the mother, it’s my mother and I can tell you how it’s done,” said Marr.

Hopefully, Daylight Saving is just the first of many Enright revivals to come.

Marr also paid tribute to remarkable Sydney pop artist Martin Sharp who died on Sunday. The Eternity Playhouse is named after Arthur Stace who famously chalked the word “Eternity” on Sydney’s pavements for 30 years after hearing a sermon at the Burton Street Tabernacle now converted into the theatre. Sharp included the word in several works including his 1977 poster Eternity Haymarket! and also illuminated it on the Sydney Harbour Bridge for the New Year’s Eve celebrations leading into 2000.